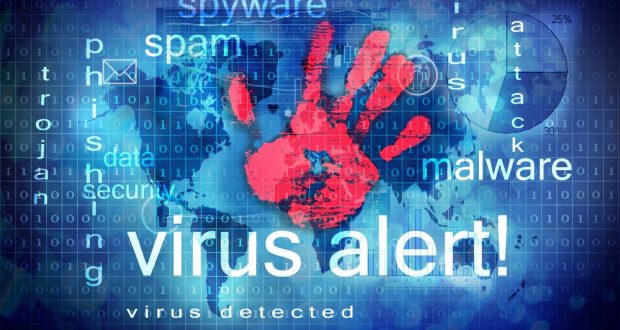 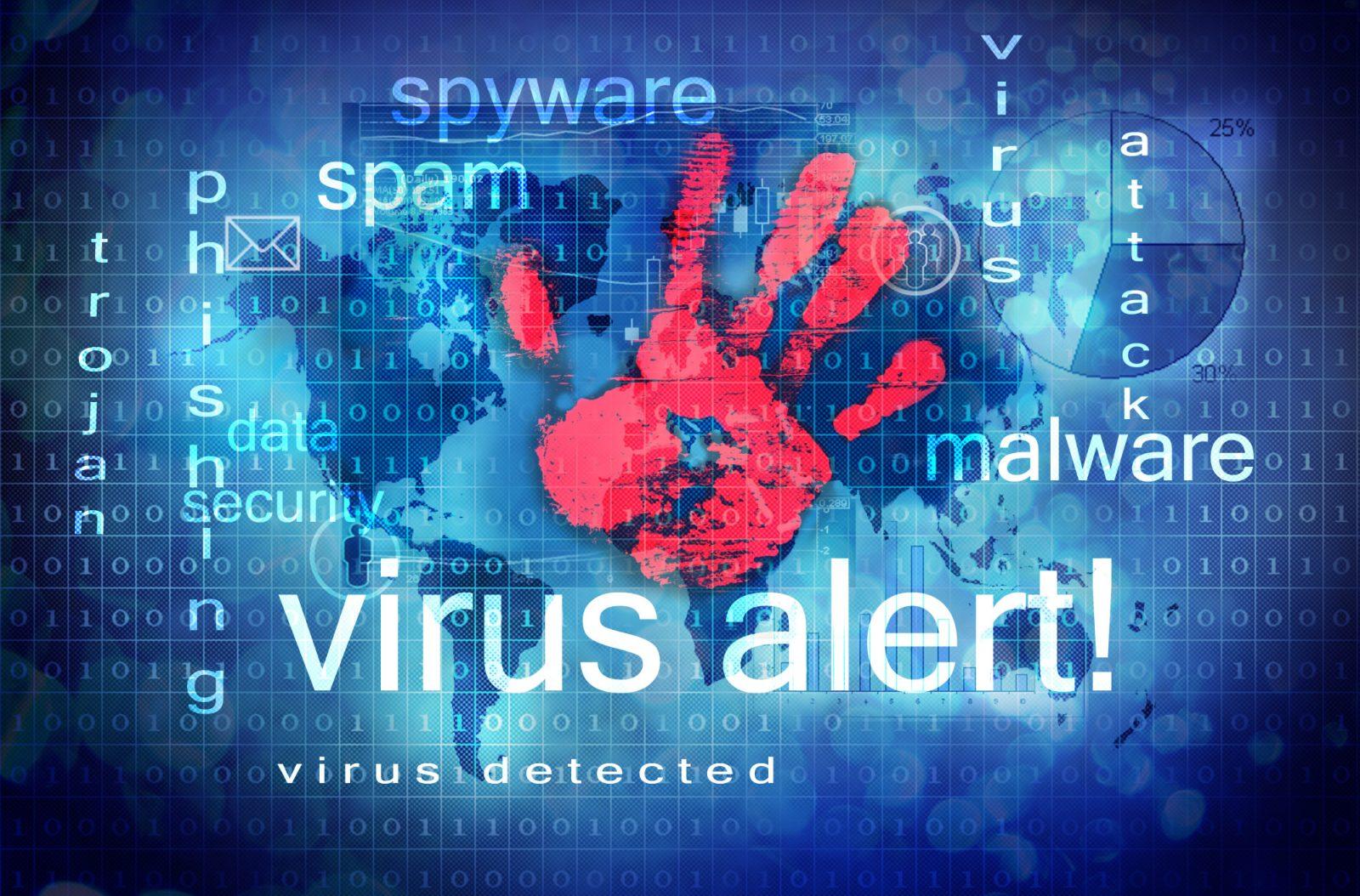 This computer virus is also known by the name AIDS (Aids Info Disk Trojan). Earlier floppy disks were safer. But, this Trojan horse made them highly unsafe. Yes, the floppy disk you use can introduce this virus into your computer and corrupt it. To hamper the system’s working, it replaces AUTOEXEC.BAT and counts the number of times the system reboots. If you have Windows 10, then you need to be more careful as recently its new variant is found in fake Windows 10 software updates. To protect yourself from this ransomware, do not click on any unknown attachment coming with .jpg extension. 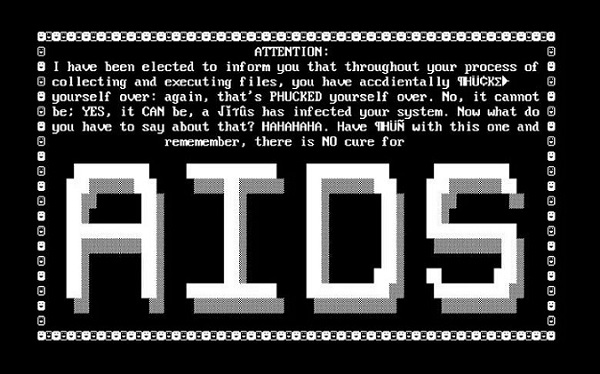 This Computer virus poses a threat to not only your confidential data but also the data of other people connected with the same network. Yes, instead of targeting an individual computer, this powerful ransomware targets the whole network. The first thing this virus does is, disable the antivirus present in your PC. Therefore, if you have a weak antivirus, then change or empower it to fight this harmful virus. This is not the end. The virus also encrypts the files existing on your computer and changes their extension to. Clop or .Clop extension. After doing all this, it displays a note informing you about the attack and demanding ransom. Its authors also threaten you to disable the protection tools if they fail to reach you. 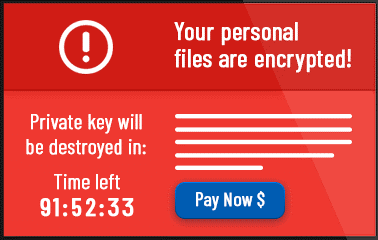 This is also one of the latest computer viruses. Although this virus is a bit technically weaker than its counterparts, still you should not take it lightly. After invading your device, it can crack passwords, make your internet slow, and harm the PC. It is based on Golang and uses brute force to spread itself on various computer systems. To stay protected from this virus, use a strong password and progressive delays. 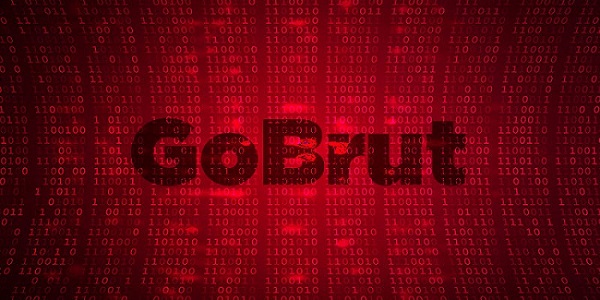 Jokers are funny, but this one is not. It is a harmful computer virus you must safeguard your data from. This virus works as ransomware, and its authors have only one goal, i.e., to spread it in all the systems of the world. To attain this objective, they encourage other hackers to pay them $90-$600 and get the membership. Further, once this virus enters a computer, it leaves the user with nothing. Neither money is left with the users nor the key to decrypt the data. To protect yourself, make sure to browse safely, update the security applications and operating system regularly, and always have a backup of essential files. 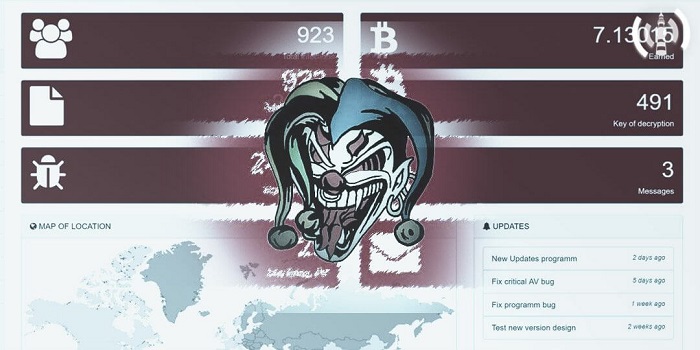 This is perhaps one of the computer virus names in the world. It enters the system through other malware or exploit kit. Once it becomes a part of the system’s software, you cannot even know that your computer is virus infected. It pretends to be a legit software and communicates directly with the IP address and ports to collect your confidential information. In addition to this, it also directs you towards other harmful and unknown domains such as travelsreview.wo, sportpics.xyzkinosport.top, etc. If you want to stay safe, then enable email and web filters, restrict macros, and browse safely. 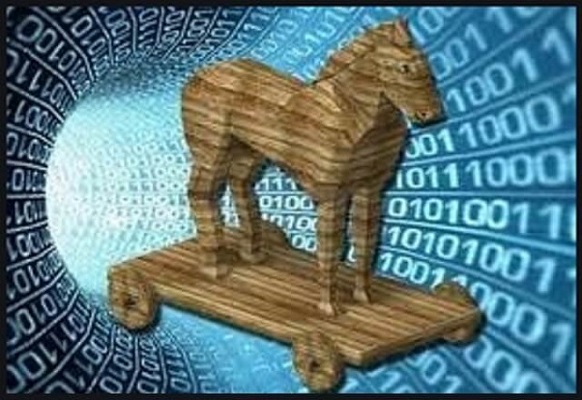 This ransomware is similar to the famous ILOVEYOU virus. It spreads through spam emails, malicious attachments, and advertisements. If this virus enters the system and encrypts your files, then decrypting them is impossible as it creates a new key every time without saving the keys. To protect your data from Thanatos Ransomware, disable macros, update the operating system, and backup files regularly.

Are you thinking someone just confessed his feelings? No, it’s a virus trying to make its way into your PC. It comes disguised as a confession and once you click on it your computer becomes unbootable. Further, it also uses your mail list as a medium to create havoc for other users. Beware of this highly malicious virus. As per reports, it even forced many corporate giants and Governments to take their mailing systems offline. The fact that it caused damage worth $10 billion worldwide is also a reason for calling ILOVEYOU one of the most dangerous recent computer viruses.

“Red” color symbolizes passion and dangers. One danger that it indicates is the Code Red virus. This virus first appeared in 2001 and then spread like fire. After infecting your PC, it eats up its entire disk space. Moreover, it doubles up faster than you could imagine. It also tries attacking websites. As per reports, it even attacked the White House website. Talking numbers, it infected 1-2 million servers and caused a loss of productivity worth approximately $2 billion. Thus, if you see the red-colored message “Hacked by Chinese”, run to save your PC’s life from this one of the top current virus threats.
Code Red -Latest Computer Viruses 2020
Image Source: hongkiat

Though the name gives an illusion of a worm virus, Storm Worm is a Trojan. It uses news-like headings to trap users. Thus, whenever you see mail headings like “Saddam Hussein alive!” resist the temptation to read further and run away from the mail. Once it infects your PC, it uses it as a source to attack other PCs.
Storm Worm – Latest Viruses 2020
Image Source: Kosova Hack
10. Melissa

Here comes another dangerous virus that enters your PC in the form of a word document. The doc file tempts you with an illusion of passwords to open a few restricted sites. Once you open it, your system gets infected. After infecting your PC, it spreads to other PCs via your mail list.
Melissa
Image Source: Panda Security
11. Sasser & Netsky

Both of these viruses are the brainchild of Sven Jaschan, a computer science student. While Netsky enters your PC through mails, its stronger sibling takes advantage of the Windows vulnerability to enter the system. Once they move into your PC, it won’t shut down unless you cut off the power.
Sasser & Netsky -Latest PC Viruses
Image Source: Malware Wiki
12. Anna Kournikova

Here comes another annoying virus. It was created by a student to irritate the users. The virus spreads through an email having an image of the famous tennis player Anna Kournikova. It is not meant to harm your system. Its goal is to annoy you. Further, it uses your mail list for spreading to the other PCs.
Anna Kournikova – Latest Viruses 2020
Image Source: Sutori
13. Slammer Worm

This is a computer worm that replicates and spreads faster than you could think. The worm is capable of infecting more than 75000 PCs in merely 10 minutes. It is known to slow down the internet. Once it infects your system, it spreads to other PCs via replicating itself.
Slammer Worm
Image Source: repenttokyo
14. Conficker

It is also called Downup or Downadup. This largest known worm of all times has infected over 9 million computers within a short span. It uses the unpatched flaws in Windows software to enter your system. Once it enters, the PC converts into a botnet slave and is used to extort money from the user. Thus, update your Windows software to keep it secured.
Conficker
Image Source: hongkiat
15. Stuxnet

Though viruses are illegal, still it was legally created by the American government in collaboration with the Israeli Defense Force. They aimed at disrupting the nuclear efforts in Iran. Through this virus, they managed to ruin approximately one-fifth of the total nuclear centrifuges in Iran. While most of the other recent computer viruses attack computers to steal sensitive information, it primarily aims at invading robotic processes in industries. Along with this, its other targets include oil and gas pipelines, water treatment, and power grid. As per the available details, it infected over 44000 devices.

First identified in 2009, Mydoom is the fastest spreading virus after ILOVEYOU. It spreads through email that contains the message “andy; I’m just doing my job, nothing personal, sorry”. Once it infects a PC, it enters other PCs through the user’s email address book. Reportedly, this one of the widely spread new computer viruses caused a damage of whopping $38 billion.
17. CryptoLocker

This is Trojan ransomware that spreads through various means such as email. Once it infects a PC, it encrypts certain crucial files on the hard drive. The encrypted files remain locked even after you remove Trojan from the PC. The only way to unlock them is to pay a ransom before the deadline. In case you fail to pay the ransom, the amount significantly increases. Infecting around 500000 devices, it managed to extort nearly $30 million in just 100 days.
CryptoLocker
Image Source: hongkiat

First identified in 2011, this Trojan enters your PC disguised as a flash install. It uses weak JavaScript codes to spread itself. Once your PC gets infected, it uses it as a medium to infect other PCs. Further, this Trojan has not even spared the so-called immune Mac and has infected approximately 6, 00,000 Macs within a short span.

This nasty virus has affected over 500 million users across the globe. WinRAR has certain security gaps that the attackers use to introduce malicious applications in your PC. A third party code database, namely UNACEV.DLL is believed to be the cause of this vulnerability. Once the virus enters the PC, it controls it completely. Thus, be cautious while using WinRAR.

Not only viruses but Trojans have also started to trouble PC users. One such troublesome Trojan is Gustuff. It uses social engineering to attack cryptocurrency applications. It deceives the users and gets access to the Android Accessibility service. This service automates the UI interaction. Thus, be cautious of this latest virus attack as it can rob you out of funds.

This one of the latest viruses comes under the category of the most dangerous types of computer virus. It encrypts your files and adds an extension .rontok to them. In addition to this, it also makes changes to the system’s startup settings, registry entries, and data or programs stored in it. Further, it also destroys the security features present in your computer so that they cannot stop it from harming the system settings. Moreover, to decrypt the files, attackers demand 20 bitcoins, which you must pay within three days from the date of the attack.

Are you thinking of updating the Adobe Flash Player? If yes, then make sure that the update is legitimate. Otherwise, your system may become a victim of one of the highly dangerous malicious computer viruses, known as, Kuik Adware. This virus enters the system in the form of a seemingly original and legal Flash Player. After entering the device, it communicates with the network interfaces and adds an extension DNS 18.219.162.248. Then, it begins collecting your personal information and forwards it to its hosting domain, i.e., Kukidelivery.com. Once the data reaches the domain’s server, it activates other harmful tasks such as coin miners, unknown chrome extensions, etc. on the system. To prevent this virus from entering your computer, regularly back up crucial data and restrict spam emails.
24. Zeus

This is the work of real criminal minds as the Trojan aims at making your PC perform illegal tasks. Once this latest virus enters in computer, it steals your confidential data such as passwords of social networks, email, and banking account. It then uses it to do criminal activities like keylogging and form grabbing.
25. ShadowHammer

Are you thinking of updating your Asus device? If yes, then do it cautiously. Notorious hackers are using Asus updates as a medium to invade the PC. ShadowHammer comes disguised as an Asus update. Once the user updates his device, the malware takes the complete PC control. Thus, be cautious while upgrading your Asus PC. 1 million people have already fallen prey to it.

Having talked about the latest threats, below are the new computer viruses from which you need to shield your PC.