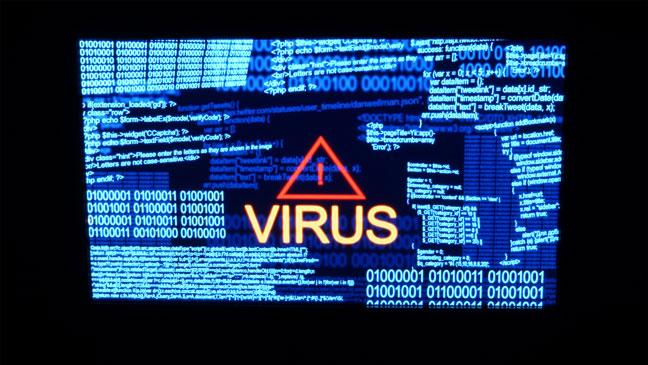 Malicious software, worms, Trojans and computer viruses are on the increase, say security experts, as hackers, spammers and identity thieves seek new ways to steal information that can be used to empty bank accounts or spread electronic mayhem. Here, we present a look back at the 10 worst computer viruses of ever made:

In 1998 Robert Morris, a university student, unleashed a worm which affected 10 per cent of all the computers connected to the internet (at the time the net was estimated to consist of 60,000 computers), slowing them down to a halt. Morris is now an associate professor at MIT.

The Concept virus, accidentally shipped on a CD-ROM supplied by Microsoft in 1995, was the first virus to infect Microsoft Word documents. Within days it became the most widespread virus the world had ever seen, taking advantage of the fact that computer users shared documents via email.

The Chernobyl virus (also known as CIH) triggers on April 26 each year, the anniversary of the Chernobyl nuclear disaster. It overwrites a chip inside PCs effectively paralysing the entire computer. Its author, Chen Ing Hau, was caught by the authorities in Taiwan.

The Anna Kournikova worm posed as a picture of the tennis player, but was in fact a virus written by Jan de Wit, an obsessed admirer from the Netherlands. He ended up receiving a community service sentence.

The Love Bug flooded internet users with ILOVEYOU messages in May 2000, forwarding itself to everybody in the user’s address book. It was designed to steal internet access passwords for its Filipino creator.

The Melissa virus, written by David L Smith in homage to a Florida stripper, was the first successful email-aware virus and inserted a quote from The Simpsons in to Word documents. Smith was later sentenced to jail for causing over $80 million worth of damage.

The Blaster worm launched a denial of service attack against Microsoft’s website in 2003, and infected millions of computers around the world by exploiting a security hole in Microsoft’s software. Its author has never been found.

Sven Jaschan, a German teenager, was found guilty of writing the Netsky and Sasser worms. Jaschan was found to be responsible for 70 per cent of all the malware seen spreading over the internet at the time, but escaped prison and was eventually hired by a security company as an “ethical hacker”.

In November 2007, the first example of financially-motivated malware for Apple Macs was discovered in the wild. The launch of the OSX/RSPlug Trojan increased fears that Apple’s platform may be targeted more by hackers in the future.

The Storm worm, originally posing as breaking news of bad weather hitting Europe, infected computers around the world in 2007. Millions of infected PCs were taken over by hackers and used to spread spam and steal identities.

Previous: Antivirus Provider in India
Next: Learn Something New