Antivirus Firm
Home » Computer Virus » What are the top 10 computer viruses of all time? 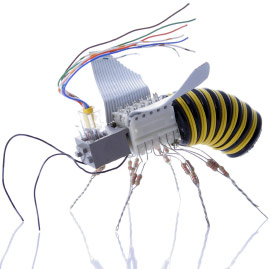 What are the top 10 computer viruses of all time?

Viruses come in many forms and are created with different intentions. Some corrupt or delete a computer files while others are designed to replicate until they use all of your RAM; rendering your computer unable to operate. There are even viruses, like Ping-Pong that are created as a joke and do not cause any real damage.

To date, there have been over one million computer viruses created, but only a small percentage of them are in mass circulation. Only a few have created havoc and fiscal cost at the level of those viruses listed on this page.

Ten of the most prolific viruses of all time

1. Storm Worm (also called Peacomm and Nuwar) – On January 19th, 2007, over 200 million e-mails included links to download the Storm Worm, which help play a part in the overall attack. Most believe the worm gets its name from the fact that one of the e-mail messages carrying the virus had “230 dead as storm batters Europe” as its subject.

2. Netsky and Sasser – Netsky spread via e-mail and Windows networks, creating large amounts of Internet traffic and causing Denial of Service (DoS) attacks. At the time, Netsky and all its variants were believed to have accounted for as many as 25 percent of all computer viruses on the Internet. Sasser replicated by finding other systems with vulnerabilities and forcing them to download the virus. Once it was on a new machine, it altered the operating system to make it difficult for users to shut down their computer.

3. MyDoom – This worm was unique in that it had a timer of sorts. The virus created started Denial of Service attacks, then stopped distributing itself 11 days later. These attacks were aimed at various Internet servers, including attacks against search engines, causing several of them to crash and others to return search results much slower than normal.

4. Blaster Worm – This worm was unique in that once it got onto a network, it spread quicker because firewalls typically did not prevent internal machines the port it utilized. It was stopped by filtering by ISPs and public awareness.

5. SQL Slammer – A prolific web server virus, the Slammer (also known as Sapphire) infected nearly half of the servers that help run the Internet 15 minutes after its initial attack.

6. Nimda – Spreading through e-mail and Web pages, this worm targeted Internet servers, slowing Internet performance nearly to a halt. It also opened a backdoor to the computer’s operating system, allowing a hacker access to the computer. However, access was limited by user account permissions.

8. Klez – This virus was unique in that hackers reproduced in many forms. It was also capable of spoofing; which helped spread the virus as recipients would think it was coming from a friend.

9. ILOVEYOU – Traveled through e-mail as a message from a secret admirer. When users downloaded the attachment called WIN-BUGSFIX.EXE, the virus would copy and embed itself in key files; including Registry keys.

10. Melissa – Once activated, the virus would replicate and then sends itself out to the first 50 people in the address book of the recipient.