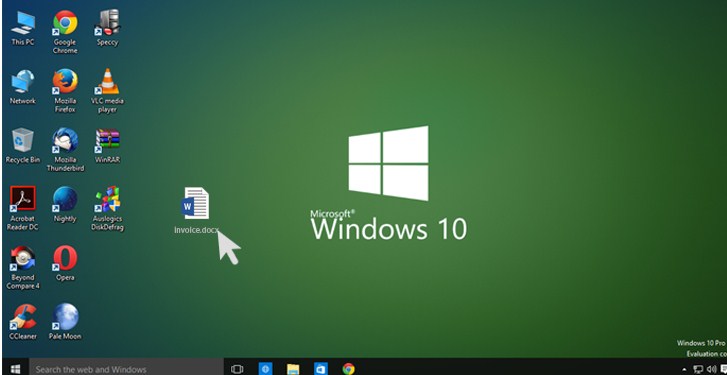 Last week we reported how hackers could leveraging an old Microsoft Office feature called Dynamic Data Exchange (DDE), to perform malicious code execution on the targeted device without requiring Macros enabled or memory corruption.
DDE protocol is one of the several methods that Microsoft uses to allow two running applications to share the same data.
The protocol is being used by thousands of apps, including MS Excel, MS Word, Quattro Pro, and Visual Basic for one-time data transfers and for continuous exchanges for sending updates to one another.
The DDE exploitation technique displays no “security” warnings to victims, except asking them if they want to execute the application specified in the command—although this popup alert could also be eliminated “with proper syntax modification.”

“What’s interesting about this new wave is that the downloader now contains new functionality to gather telemetry from victims,” Symantec said in a blog post.

“It can take screen grabs and send them back to a remote server. There’s also an error-reporting capability that will send back details of any errors that the downloader encounters when it tries to carry out its activities.” 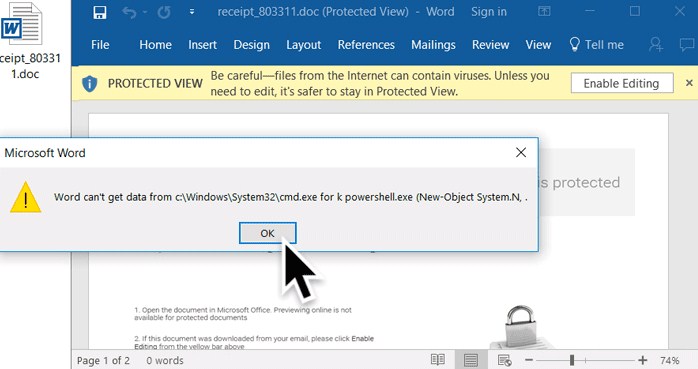 How to Protect Yourself From Word DDE Attacks? 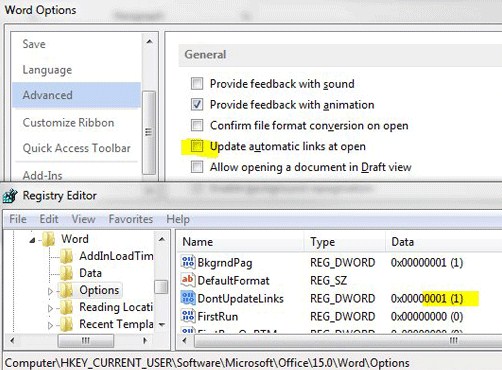 Since DDE is a Microsoft’s legitimate feature, most antivirus solutions do not flag any warning or block MS Office documents with DDE fields, neither the tech company has any plans of issuing a patch that would remove its functionality.
So, you can protect yourself and your organisation from such attacks by disabling the “update automatic links at open” option in the MS Office programs.
To do so, Open Word → Select File → Options → Advanced and scroll down to General and then uncheck “Update Automatic links at Open.”
However, the best way to protect yourself from such attacks is always to be suspicious of any uninvited document sent via an email and never click on links inside those documents unless adequately verifying the source.